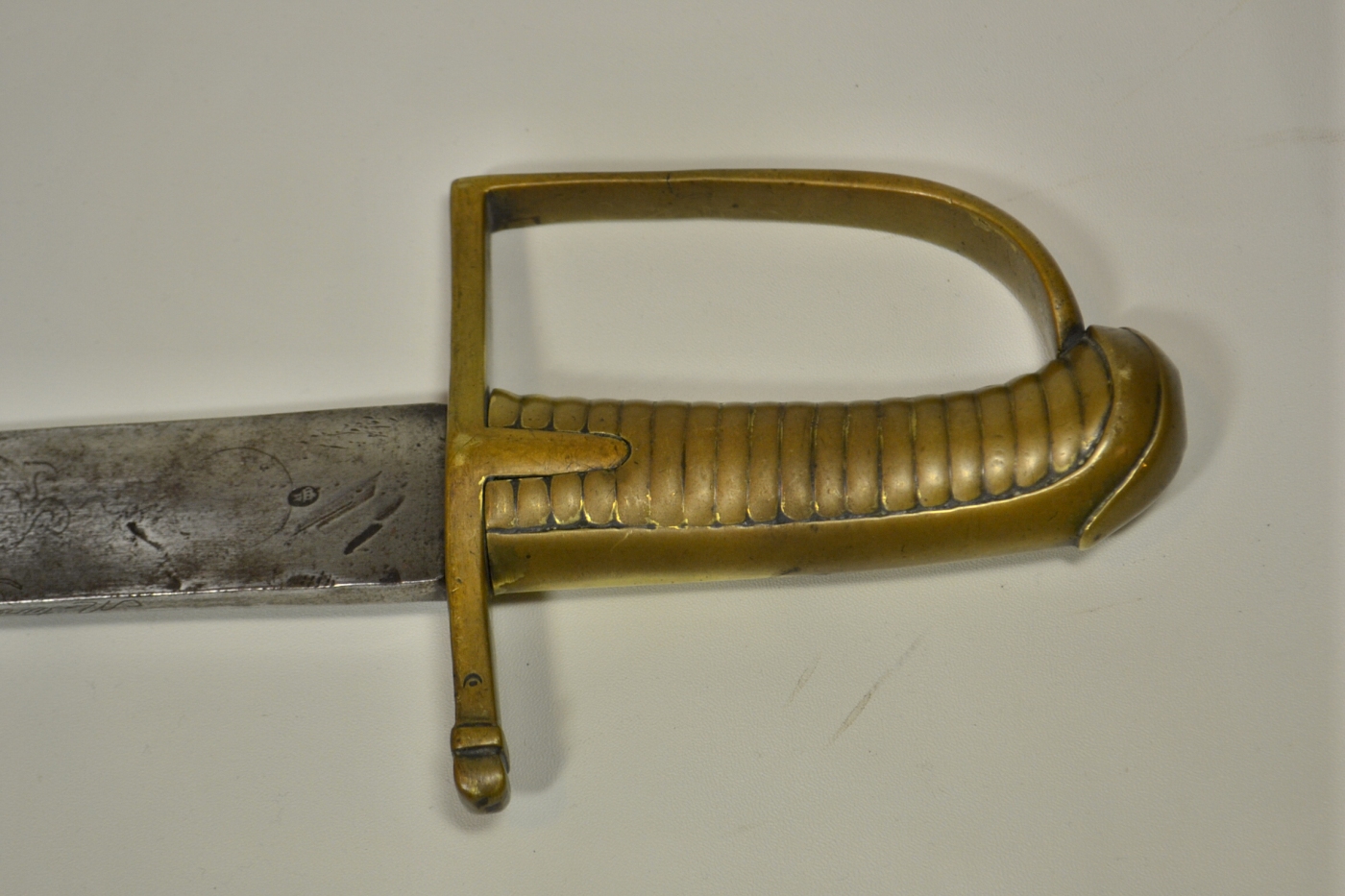 This 1767 briquet was made for a Grenadier, part of the elite troops of the 18th century. The 1767 is the first ever pattern of the famous briquet, with a hussar type hilt made of two pieces. This is one of the first of this model. The blade is a rare example, having all of the markings still visible, including not only the two grenades, the Grenadier inscription, the cipher of Louis XVth but also the inscription of the the Manufacture royale d’Alsace (Royal Alsatian manufacture) which will eventually become the famous Klingenthal.

The blade was remounted at some point, which explains the absence of the brass tang button, and is somewhat loose. Which is why this rare sabre is priced low. The rest of the sabre is in good condition, and the stamps on both the blade and the hilt match. 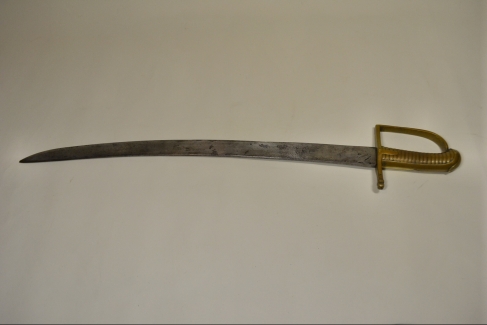 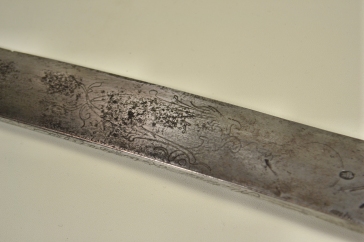