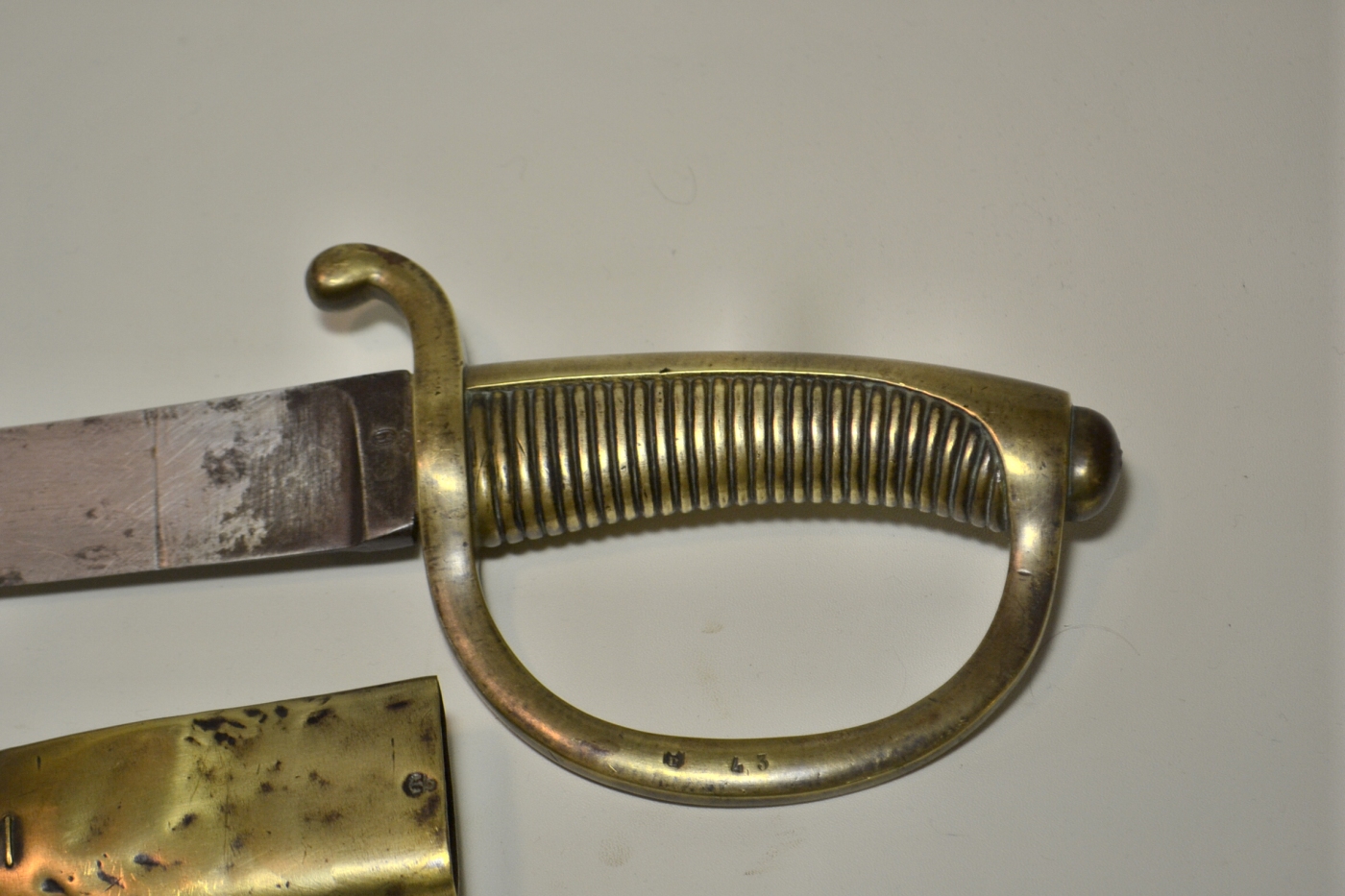 This is a 1816 model infantry briquet. This example is interesting for a few reasons. First off its scabbard is marked with an anchor, associating it with the French Marines who were stationed on board French vessels. These are fairly scarce, but as there is no matching mark on the briquet itself I cannot guarantee that the two came together originally.

Secondly, this blade was made by Weyersberg, one of the oldest sword makers in the world (known today as WKC). You can see a little crown peering at the junction of the hilt and blade, hiding the king’s face itself which is common on imported blades from this maker. The blade was then probably assembled and sold by Henraux in Paris. An armorer who had access to a Solingen depot.

The sabre is massive, and in great shape, very solid with patina but very little pitting. The scabbard is in good overall shape, missing the sewing at the back but still maintaining its shape perfectly. the is a little bit of a break around the chape which makes it unstable. This is not a major problem though, and it could be eventually repaired.

A great piece for the collector of French pieces. 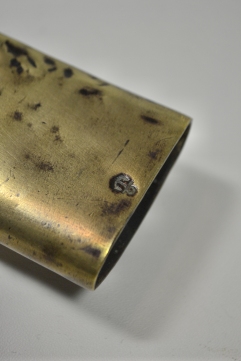 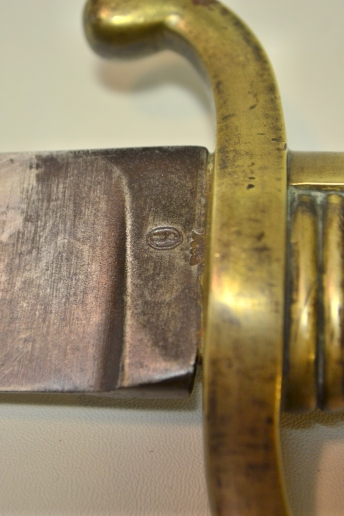