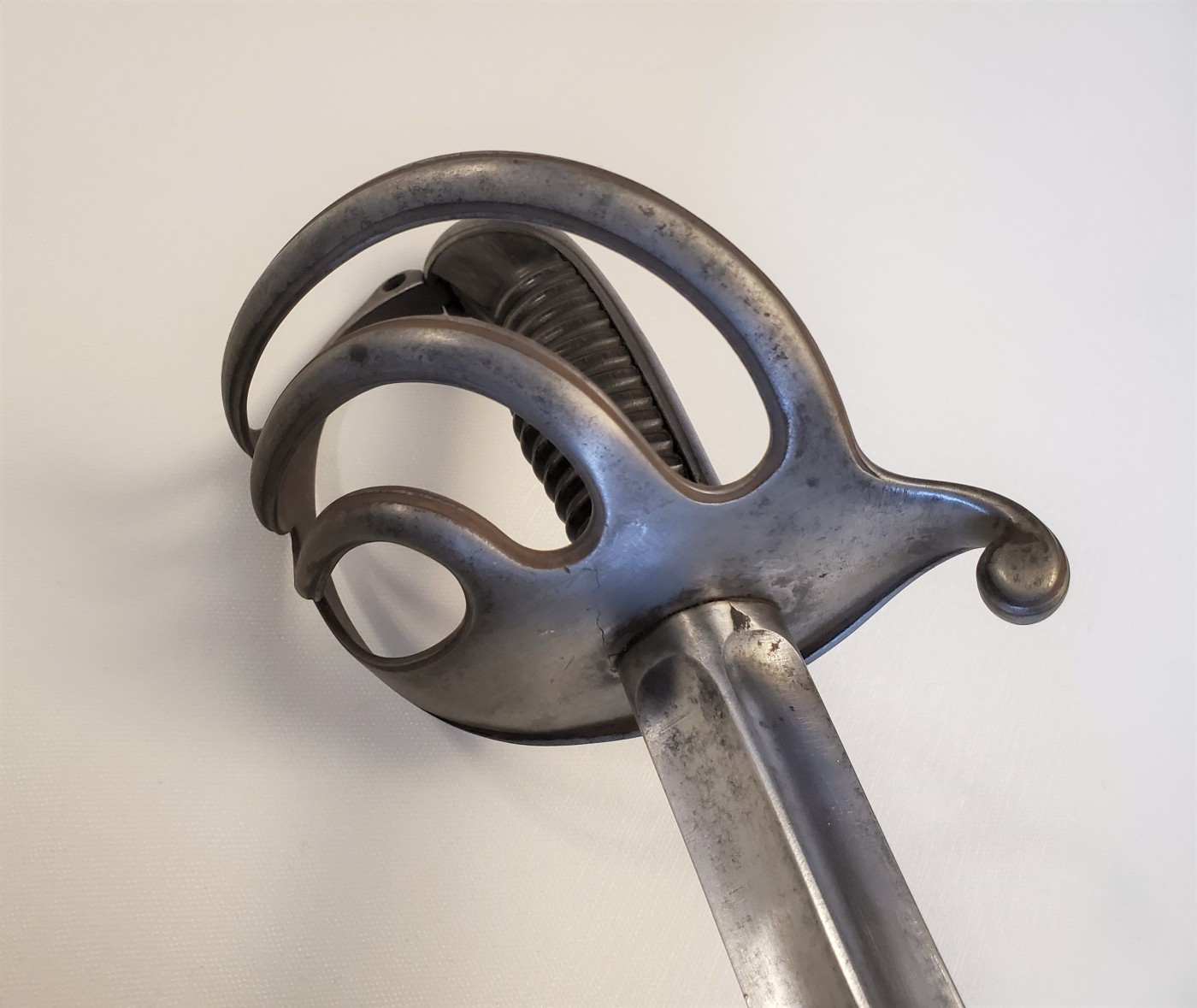 This is a non regulation type of sabre made for the French cavalry in the style called “North African Army” with its multi branch steel hilt. This particular type is known as a Préval because of its triangular blade inspired by smallswords and bayonets. It was created by General Claude-Antoine-Hippolyte de Préval who was a Napoleonic general and director of cavalry for the Ministry of War under the Restoration.

He designed this sword as a thruster, and this stiff blade is probably one of the best thrusting design ever devised as it presents a very stiff blade to the target, and absolutely no cutting capacity whatsoever, though a hit from this massive piece of steel would probably leave some damage. The Préval blade proved extremely useful in North Africa when dealing with the heavy capes worn by local cavalrymen.

The sabre was probably made for a Heavy Cavalry officer judging by the length of the blade at exactly 1 metre long. It was made by Couleaux of Klingenthal around 1840 based on the poincon and maker’s mark.