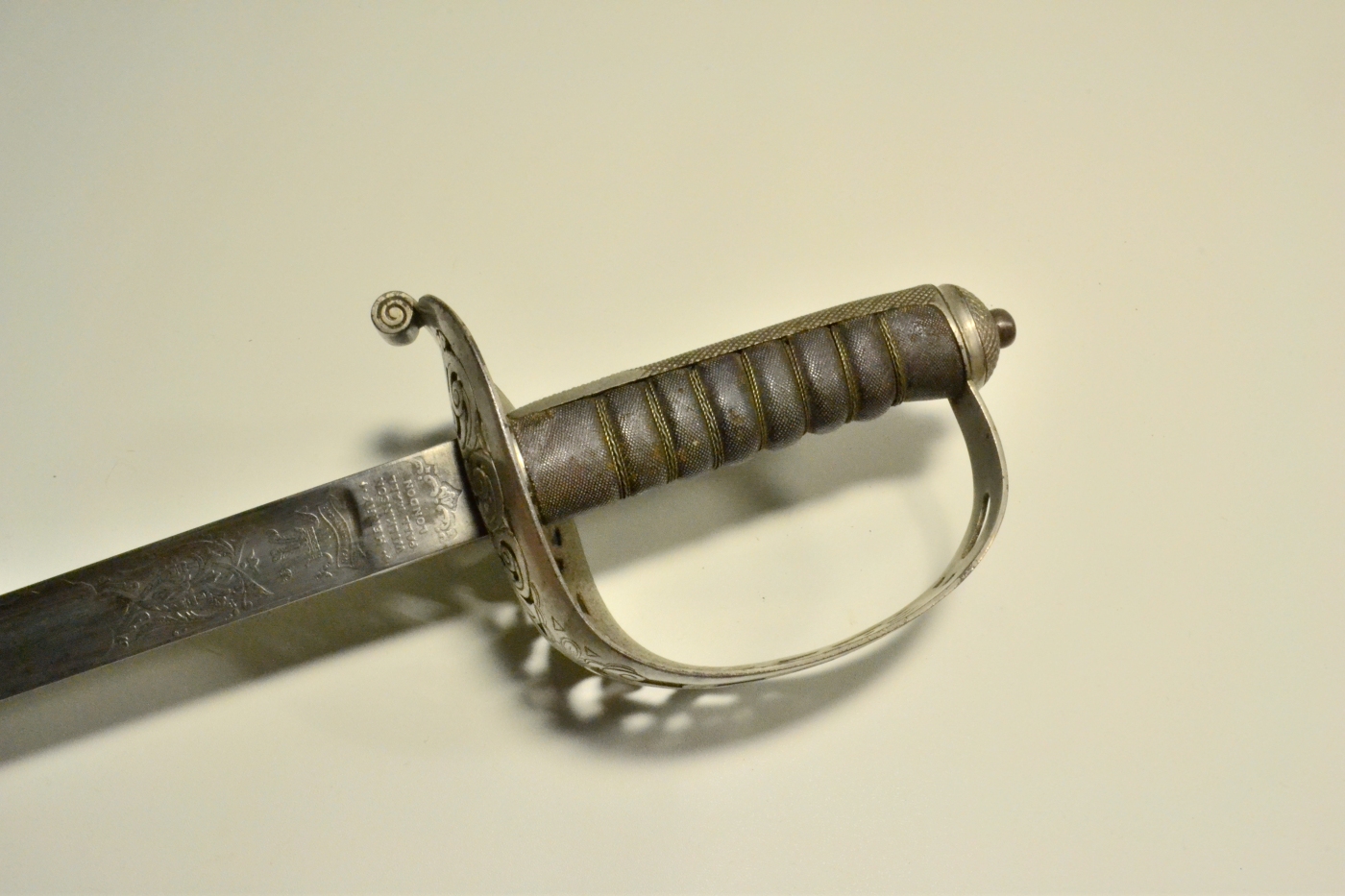 This 1896 began its life in the hands of Oscar Evan Boulton TD in 1891 (I shall come back on this later), an officer in the Ayrshire Yeomanry Cavalry. Boulton was born in 1866 in a noble London family and passed away in 1942.

As part of this volunteer regiment, Boulton served in the Second Boer War where he gained the rank of captain. He transferred to the City of London (Rough Riders) Yeomanry in which he was made Lieutenant Colonel and where he was awarded the Territorial Decoration. He fought in the First World War and was mentioned in dispatches. He was later appointed Knight of Justice, Most Venerable Order of the Hospital of St. John of Jerusalem.

This sword is also very interesting for the fact that it was initially ordered as a light cavalry sabre, but is visibly fitter with a heavy cavalry guard. It is unclear if Boulton desired a more protective guard than the typical 1821 bar hilt, or if he had the guard changed later on to fit the new regulation.

The sabre is in great shape, with very little oxidation. There are a few isolated areas of pitting on the blade and guard, but they are not very visible.

The leather field scabbard is in good shape with some scuff marks. It retains it’s Sam Browne attachment, only missing the strap. The tip of the scabbard is in rough shape, but could be easily replaced if one would wish to as it is a separate piece.

This is a great looking sabre with an impressive history of service. 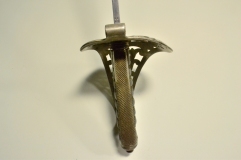 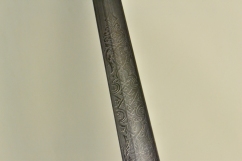 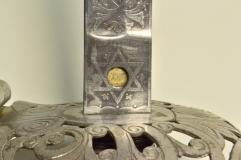