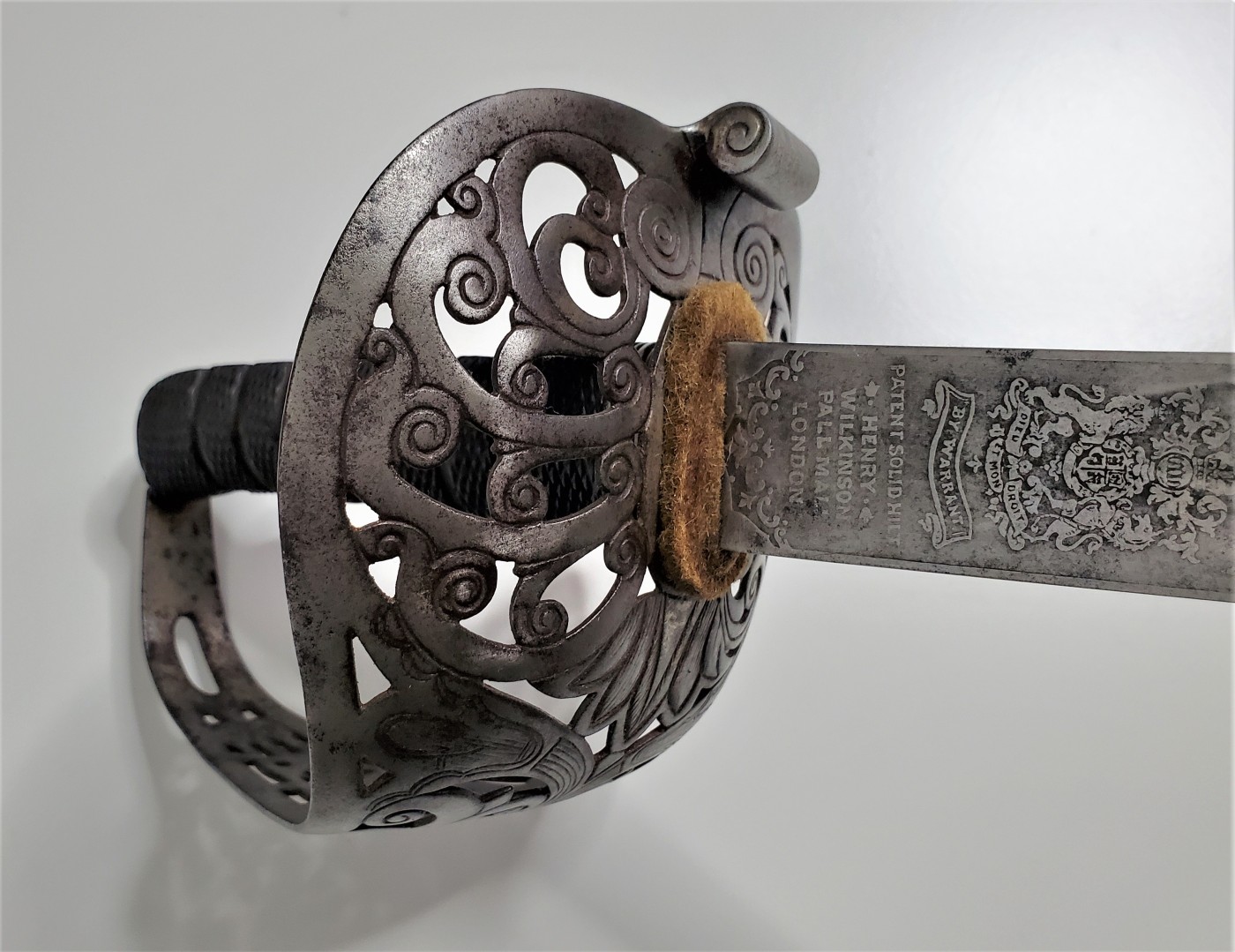 For sale a patent solid hilt of an 1896 pattern cavalry officer sword. This specific one was carried by Major John Heywood Jocelyn McClintock. Major McClintock was a lieutenant in the 18th hussars during the Second Boer War, and subsequently became a major in the 2nd life guard during the First World War.

This sword was sold after his return to Ireland following the Boer War, so possibly as an homecoming gift. It was service sharpened, probably for WW1. The blade bears the crest of the 18th hussars, as well as McClintock’s initials.

Unfortunately, the backstrap is missing, as well as a small part of the grips. It is nonetheless very solid, owing to its great construction. The missing pieces could be reconstructed by someone skilled enough.

A great sword design, with a great history, and ideal as a restoration project.